More details have emerged about the negotiations which signalled the end of the blockade of Qatar, providing a useful signpost for how regional relationships in the Gulf will probably develop throughout the coming year.

At the GCC summit in the Saudi city of Al-Ula, Amir of Qatar Sheikh Tamim met with Saudi ruler Crown Prince Mohammed bin Salman. Although only 45 minutes was scheduled, their private conversation lasted several hours, suggesting a warm personal relationship between the two rulers. An immediate outcome of the conversation beyond the restoration of diplomatic relations was the opening of Saudi airspace to Qatari flights and the opening of the land border between the two countries. Notably, Saudi nationals are now the only foreign nationality currently permitted to enter Qatar because of Coronavirus restrictions. These are probable early indicators of a significant rapprochement in the future.

In Doha, the Saudi and Egyptian flags are already flying over the reopened embassies. Relations with blockading states will be slow to recover: most tension will remain between Qatar and Bahrain, predominantly driven by the ongoing territorial dispute over the Hawar Islands west of Qatar. Although the dispute was resolved diplomatically in 2001, Bahraini fishing vessels stray regularly into Qatari waters because of the greater abundance of fish. Furthermore, as time passes, it becomes increasingly clear that Bahrain has suffered a net loss of access to natural resources – including fishing stocks and hydrocarbons – in the waters awarded to Qatar as compensation during the 2001 agreement.

Another key development for Qatar during the reporting period has been the inauguration of new US president Joe Biden, and the announcement of his administration. A number of President Biden’s senior advisors in have experience of the region, including Daniel Benaim, who will be Deputy Assistant Secretary for Arabian Peninsula Affairs, and Barbara Leaf, the new Assistant Secretary of State for Near East Affairs. Significantly, Leaf was US Ambassador to UAE until 2018: the new appointees herald a nuanced approach to Gulf politics which will recognise the complex role played by Qatar, in particular its position as mediator. One example of this is how Qatar has been funding Hamas in Gaza in coordination with the Israeli government in order to avoid the takeover of more radical elements.

The new approach adopted by the Biden administration could see Qatar brought more into a Western orbit, in-line with other Gulf States. This in turn could have an effect on how major tenders related to large future projects such as the North Field Expansion (NFE) are awarded, since Qatar may be more inclined to involve US businesses.

Regional tensions with Iran have continued to result in low-level military action during the reporting period. On 15 February, 2021, fourteen rockets were launched against a US military base near Erbil International Airport, resulting in the death of a US contractor, and an Iraqi civilian in Erbil. Guardians of the Blood Brigade, a Shiite militia with links to Iran, claimed responsibility for the attack.

On 26 February, 2021, President Biden authorised airstrikes against Iranian-backed militias in Syria, which resulted in the deaths of several fighters at a facility in Al Bukamal, close to the Iraqi border. On 03 March, 2021, at least ten rockets were fired at Ain Al Asad Air Force Base (Anbar Province) which hosts US and coalition forces, killing one US contractor. Although no one has claimed responsibility for the attack, the timing of the incident, the tactics used, and the fact that Ain Al Asad has been targeted by Iran before, suggests at the very least that an Iranian proxy was responsible.

This current round of attacks may be seen as an attempt by Iran to calibrate the responses of the new US administration to better understand their policy in the region. The attacks may also be interpreted as a coercive attempt to press an advantage and resurrect the JCPOA, following South Korea’s announcement on 24 February that it would release US$1BN of Iranian assets, a move which required at least tacit US approval.

On 26 February, 2021, a series of explosions damaged an Israeli-owned vehicle carrier ship, MV Helios Ray, in the Gulf of Oman. Although no one has claimed responsibility, the modus operandi of suggests Iran was responsible: similar attacks in the Gulf of Oman were executed by Iran in June of 2019. Significantly, the MV Helios Ray was travelling from the port of Dammam, Saudi Arabia, to Singapore: if the explosions were caused by limpet-type magnetic mines, these could have been attached in Dammam itself. This would demonstrate Iranian reach throughout the Gulf, and reminding all the Gulf States and their allies that they are vulnerable to similar attacks. The timing of the attack, just after the announcement of the unfreezing of Iranian assets by South Korea, also supports the theory, discussed in previous Reports, that Tehran sees attempted rapprochement by the west as a sign that their campaign is bearing fruit.

There are a number of possible explanations. Seasonality may play a part, as daily temperatures dropped throughout the month of February. The seasonal hypothesis is supported by the fact that all the Gulf States saw significant but not exponential increases in daily case numbers from the end of January, sustained throughout February.

The recent increase in daily cases has prompted a minor tightening of restrictions within Qatar. These include a ban on wedding celebrations and large-scale public events such as sporting events. Furthermore, restaurants and cafés are required to reduce their in-dining seating capacity to 30% of the maximum.
Qatar’s vaccination program has now been running for two months and is based on the Pfizer-BioNTech vaccine, although the Moderna vaccine received emergency authorization in January. The majority of over-60s in the country have now received both doses, and the programme has now begun vaccinating the over-50s. In total, just over 10% of Qatar’s adult population has now received at least one vaccine dose.

As of 18 February, 2021, individuals who have received both doses are exempt from quarantine requirements for 3 months, starting fourteen days after the second dose. This period may be extended as additional clinical evidence becomes available. Vaccinated Qatari residents and citizens will be required to undergo a COVID test only on their return. At the present time this quarantine exemption does not apply to those vaccinated abroad but given the current policy it is possible that in the future, proof of vaccination may exempt all travellers from the quarantine requirements.

The postponed 2020 FIFA Club World Cup was held from 4-11 February, 2021, FIFA having awarded Qatar the 2019 and 2020 tournaments in order to test capacity prior to the World Cup 2022. The conduct of the 2020 event and its 2019 predecessor enable an effective assessment of recent progress, and of the likely areas of focus in the coming 18 months.

Despite the positive global media coverage, the 2019 FIFA Club World Cup highlighted a number of deficiencies in Qatar related to logistics, crowd control and security. Notably, the Sport City Metro Station serving Khalifa Stadium, where the matches were held, was regularly overwhelmed and became dangerously overcrowded at times, despite the fact that only a third of maximum stadium capacity was allocated. Matterhorn staff attending the events assessed that many of the security personnel were poorly trained, and unprepared for an international football crowd, which differs qualitatively from the crowds encountered in Qatar.

The 2020 FIFA Club World Cup was necessarily extremely limited in scope due to ongoing COVID restrictions. The competing teams and supporting staff were completely isolated in their own ‘COVID bubbles’ and were each allocated a major hotel and training ground, as well as uniformed and plainclothes police protection for the duration of their stay. In addition, attendance of the matches was severely limited and well below the 30% of capacity advertised. All attending fans were required to undergo a COVID-19 test with 72hrs of the match.

One anecdote which demonstrates the optimism of current security thinking stems from one of the Matterhorn consultants accompanying a client to a group stage match. In the fan zone immediately adjacent to the stadium, the Matterhorn consultant observed a number of glass water bottles placed out, as well as two pool tables complete with cues and balls – all perfect projectiles in the event of football-related violence.

Due to the restricted nature of the 2020 FIFA Club World Cup, the event cannot be regarded as an effective test of security capabilities prior to the 2022 World Cup: several lessons identified from the 2019 event remain unaddressed. The next important test of Qatar’s security arrangements will be the FIFA Arab Cup which will take place 01-18 December, 2021.

In preparation, on 03 February, 2021, 85 members of the Joint Special Forces, the Qatar Armed Forces (QAF) Tier 1 specialist unit, completed a four-week riot control course run by Lekhwiya, the Qatari internal security force. The training was held specifically to prepare the participants to provide extra support to Lekhwiya for the 2022 FIFA World Cup.

A number of our consultants have had the opportunity to watch riot control training held in Qatar and have identified several capability gaps which remain unaddressed. In particular, we have found that most QAF riot control training serials lack robustness and realism, meaning that individuals are unlikely to be prepared for the level of violence encountered in serious public disorder. The security forces risk either being physically overwhelmed by the threat, or of overreacting and escalating a threat which could have been contained with less force.

The fact that Qatar is employing Tier 1 forces in this role suggests an overall lack of capacity and preparedness for the scale of the challenge presented by the World Cup. It also raises questions about the capacity of the collective security forces in Qatar to provide both day-to-day security during the World Cup as well as simultaneously fulfilling specialist requirements such as riot control and Counter Terrorism (CT).

Nothing significant to report.

February has been a particularly mild month after a warmer than average January. Temperatures have remained in the low 20s. This has encouraged increased levels of outdoor activity and socialising.

Crime continues to be an extremely uncommon occurrence in Qatar. February has continued to see Qatari security and police forces mostly engaged with the enforcement of the COVID-related restrictions.

One notable narcotics seizure was on 25 February, 2021, when nearly 7,000 Lyrica pills which were found, poorly concealed, in a parcel of women’s clothing at Hamad International Airport. Lyrica (medical name Pregabalin) is a controlled substance though it has a relatively low abuse potential compared to many other controlled substances. Although the suspect has not been sentenced, the incident is a timely reminder of the severity with which Qatar views narcotics, even relatively mild ones.

There have been no instances of protests, rallies or industrial action during the reporting period.

There have been no instances of changes to the baseline threat of terrorism which remains very low. 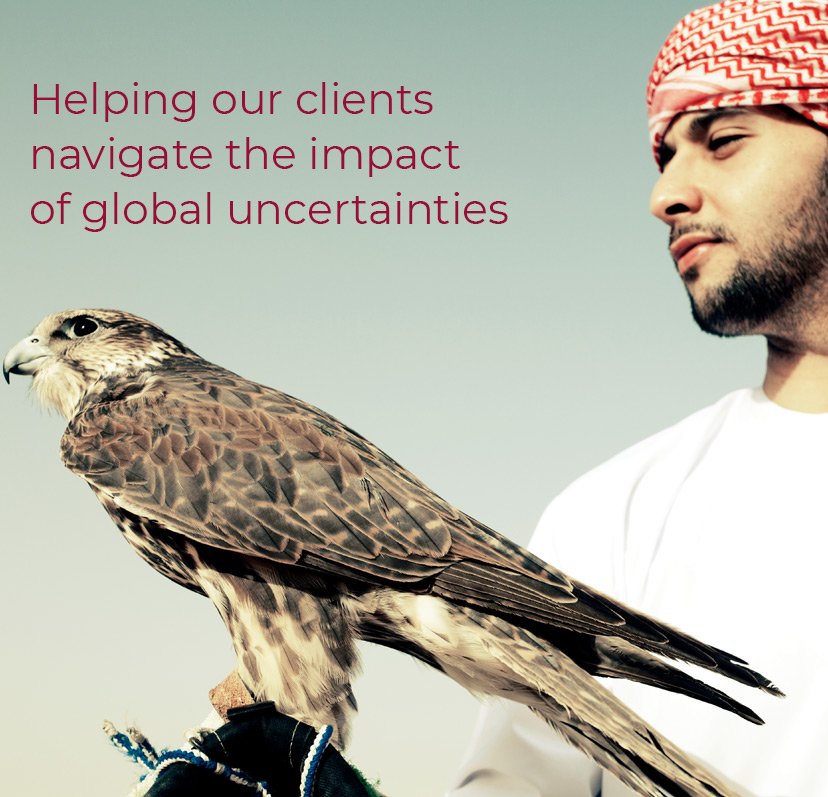 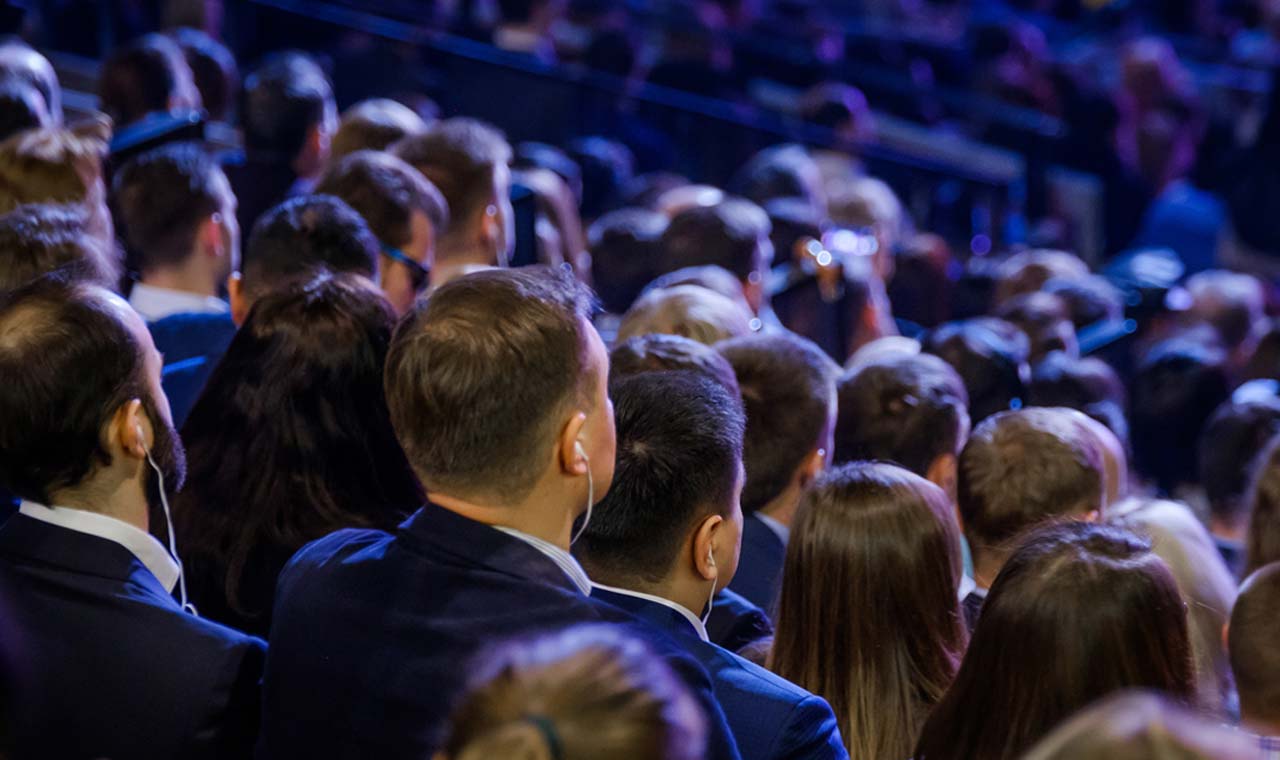 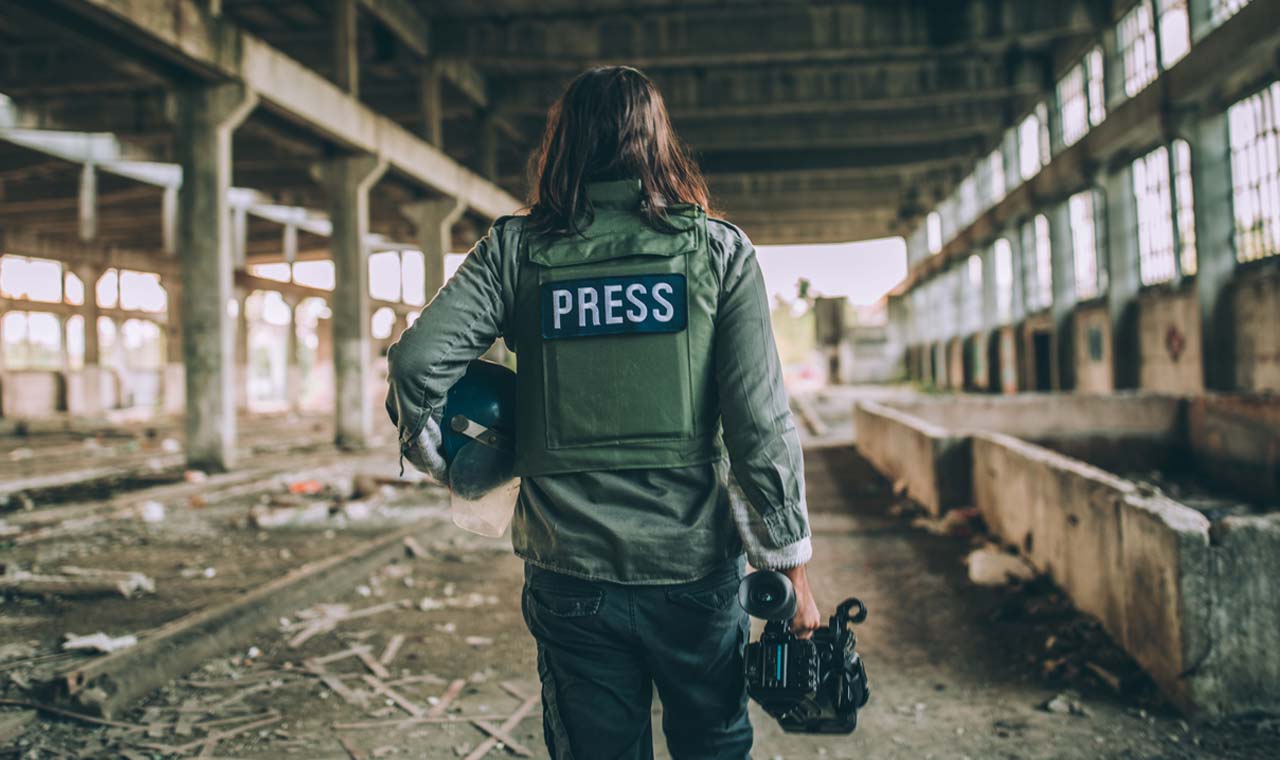 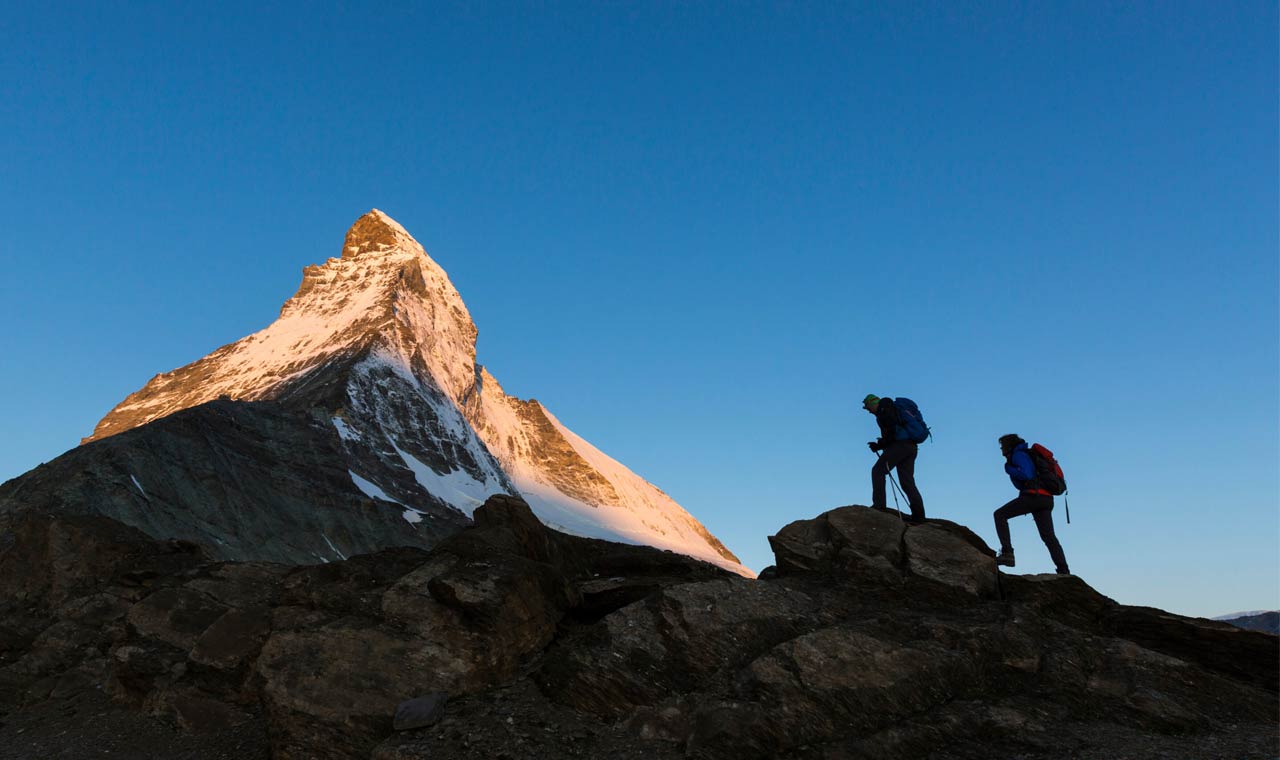 READ MORE
BACK TO DOCUMENTS AND DOWNLOADS

Looking for some advice or have a question?

Please get in touch and a member of the Matterhorn team will be happy to help.