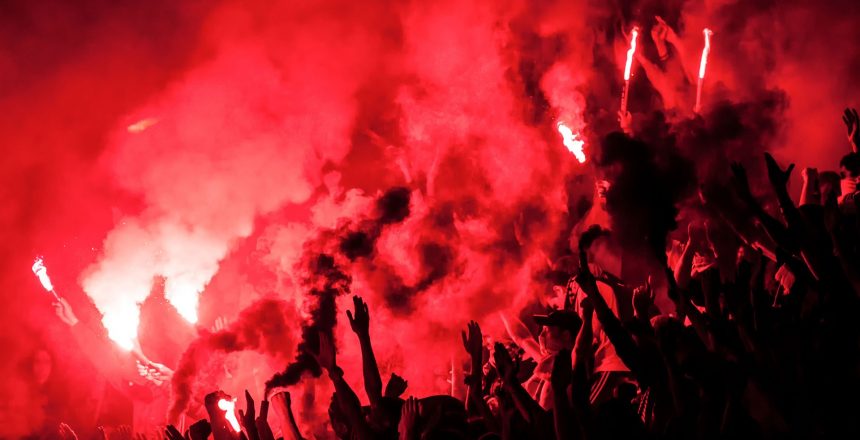 Can you tell us a little bit more about yourself and how you got involved with Matterhorn?

I had an early career in the military. After this, I went into the private security field and built a national and international reputation for protective services and the management of crowds. This then evolved into a niche business in crowd safety services for major events. Through the security and former military network, I was introduced to the Matterhorn team and we quickly identified an opportunity to collaborate on services around the upcoming football tournament in Qatar.

You have extensive experience in the area of crowd and fire safety, having covered this at numerous sporting, music and corporate events. How did you get into this area and what is your background?

I began working originally in concert security and quickly built a team, a business and a reputation. We started with concert events including the likes of Blur, Pulp and Oasis and sporting events such as boxing world title fights. My early experience was then backed up by formal industry qualifications, including a diploma in Occupational Safety & Health and a degree in Crowd Safety and Management (the first course of its kind in the UK). Our objective today – as it was from the outset – is to plan and deliver safe events where crowd volatility can easily lead to physical harm and damaged reputations. There is lots at stake and it can be very public. I was one of the first in this sector in the UK to spearhead a complete crowd safety package where the overlapping topics of security, fire, crowd behaviour and risk management combine.

Which would you say were the highest profile events you have covered?

It’s very difficult to say as there have been plenty! A lot of the events I have managed have been very high profile but I tend to view it through a different lens, because regardless of the profile the risks to life and safety are the same, although the potential damage to reputation is clearly a bigger issue at the larger scale events. As an example, Virgin Atlantic hosting the Spice Girls to perform for the opening of their newly refurbished check in area, at Heathrow’s Terminal 3, was a challenging one. It was their first official UK engagement since they announced their reunion tour and there were hundreds of fans, passengers and press, whilst the airport operations continued as normal with planes taking off in the middle of the concert … but it all went off without a hitch.
Other examples of the variety of events we have supported include the launch of the Queen Victoria cruise ship in Southampton and in the same week providing Protection for Led Zeppelin at the O2 Arena in London, one of the biggest live band events of that decade. The Lionel Ritchie concert for dignitaries, in front of the pyramids in Egypt, was another memorable one but for different reasons. The entire backstage area was open to the sand desert, Sphinx and Pyramids, but a well- established working relationship with a local team helped us prepare and prevent any unwanted infiltrations and the event was a huge success.

In your experience, what stands out as something you need to get right every time?

Understanding the audience needs, effective communications/terminology, the space you have to work with, roles and responsibilities, resources and an awareness of the potential threats to enjoyment and safety.
Additionally, credible contingency plans and robust lines of communication with the emergency services is vital. Effective Command and Control is the key component for normal and emergency conditions.
As to the way we work, I’d say it’s like a watch piece. Our role is to prepare meticulously, and on the day to manage all the interconnecting cogs, communications and decision taking so that things run smoothly and the rights calls are made in the event something goes wrong. The guests, ticket holders and other onlookers see the watch face running smoothly but behind that watch face is a team making reducing the likelihood of anything going wrong and preventing that watch from working or if it does stop, we are there to reset it.

What are some of the principles of crowd management and how have they evolved over time?

People behave very different in a crowd to the way they would at home, and that’s doubly true of a football crowd. Emotions like confusion, stress and frustration are contagious in a crowd and as such, can be amplified, particularly if they are in an unfamiliar environment and if alcohol is involved. We learned some years ago that crowd management is not the same as crowd control.
The implications of an event lacking robust crowd management plans can be catastrophic
Crowd Management Planning should be undertaken by competent persons well versed with the management of crowds. It involves planning, proportionate to the crowd/event, risk assessment, multi-agency liaison, optimising the site design to cater for crowds in normal and emergency conditions, communication (to include external and internal signage plans and advance information for the attending crowd), resource planning, redeployment of staff, monitoring, effective command and control and the identification of incidents in the embryonic phase with a proportionate response to remove the risk.
This can be as simple as well-placed signage to direct people, avoiding disorientation and stress. This gives the security personnel the space to be cooperative and friendly, and to answer questions helpfully without being overwhelmed by confused crowds. A well-managed event will see security personnel as approachable, well briefed, and visible.
If things do go wrong, a more relaxed crowd will always be more receptive to an emergency announcement/directive and receptive to clear/direct instructions resulting in a safer outcome for everyone.

You have managed high profile sporting, music and society events. Would you say there is anything particular about a football crowd and, if so, how would you describe this?

Football crowds are tribal, patriotic, vocal and passionate. This is quite different to a music or corporate event. Certain groups of football fans can behave very differently in the stadium and the city during a football tournament. They can quickly lose their own identity and become psychologically consumed by the crowd. It’s a fantastic thing if they’re winning, but things can turn ugly very quickly, particularly if something is perceived to be unfair on the pitch or if they are provoked by opposition fans. This can spill out onto the streets and have a far reaching impact. Conversely, a well-orchestrated crowd management plan is integrated with the police and emergency services, considers the origin and culture of the fans and allows for a considered response when emotions are high. This will significantly help prevent any sudden escalations in violence and the resulting safety risks or ensuing reputational damage.

What are the main challenges you see around crowd safety at the Qatar World Cup?

The stadiums in Qatar look fantastic, no expense seems to have been spared. Every single seat will be able to be monitored by CCTV. The crowd safety challenges will likely manifest outside the stadiums. Here, Matterhorn’s Command Centre and teams which will be on the ground, supporting their clients, will come into their own, coordinating live data from a number of different sources, with the ability to keep all informed of developing situations and early contingency requirements. Transport is a major issue at any major event, particularly when people are trying to get to a match. Timely and accurate communication is therefore vital to minimise stress. ‘Travel to the stadium’ contingency plans, will be essential for client groups, whilst fan-zones and alcohol are an important focal point also. Here, a security staff member’s ability to differentiate between high spirits and inebriation will be the differentiating factor between a measured or more aggressive response, and a resulting negative domino effect. Another area to watch out for is security team resources and fatigue, where for example exhausted fan-zone security staff could result in ill-considered responses to minor incidents. We know that a well-oiled human resource plan will mitigate this risk and result in considerate and alert security staff on the front line which in turn reduces risks all round.

That said, how are you helping Matterhorn assisting clients travelling to Qatar in 2022?

So, my role is split between pre-event planning where I am supporting clients with their operational planning and risk assessments. During the event I will support the Matterhorn Command Centre with advice relating to mass crowd’s throughout the country and subsequent decision-making.

Thanks Steve, that’s a great insight! Best of luck in your preparations for the event