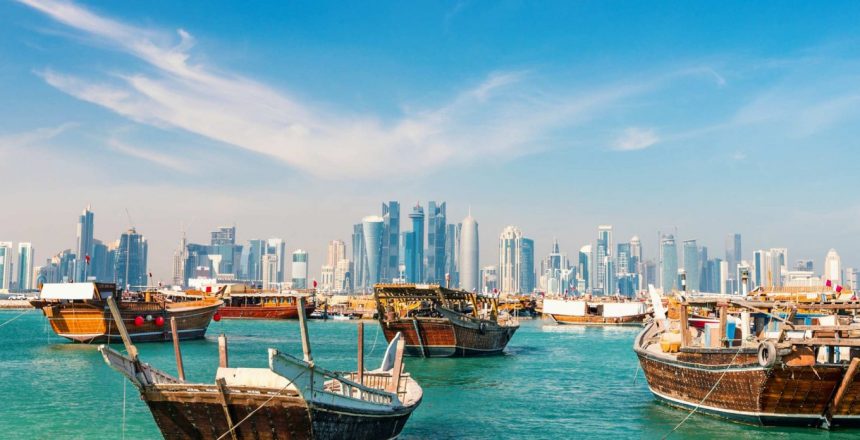 Justin Gengler is a Research Associate Professor at the Social and Economic Survey Research Institute (SESRI) at Qatar University. He conducted the first-ever political attitudes survey in Bahrain in 2009 as part of dissertation fieldwork at the University of Michigan. Since then, he has led the development of social scientific survey research in Qatar and elsewhere in the Arab Gulf region, designing and implementing dozens of opinion surveys. As an academic authority on how political attitudes and behaviour are influenced by demographic and social attitudes, he possesses unique empirical-based insight into how Qatari society views the World Cup against the backdrop of the country’s broader national development strategy. Here he tells us a little of what that means.

Your field of study concentrates on citizens’ attitudes to political systems. How does that work in an absolute monarchy?

Surprisingly well. There are always two sides to any survey-based project. One is designing an instrument, deciding which questions can or should be included. The other is a calculation about how people who take the survey are likely to interpret and respond to the questions. In a context like Qatar, posing questions on sensitive political topics is generally not useful because you would not expect to get honest answers. So, you would devise some indirect mode of accessing those kinds of attitudes. But, even in a democratic context like the United States, you would do the same when posing questions about, for example, racial relations, racial attitudes or other issues that are currently polarized.

What would you say are the defining features of Qatari society and culture?

Qatar is almost two societies in one. You have a native citizen population of perhaps 350-400k amongst an overall population of close to 3 million, the vast majority of which is composed of people from all over the world. Qatar is a very cosmopolitan society overlayed on a relatively homogeneous population. In that way, it’s pretty unique.

Internationally, Qatar has sought to blaze its own trail and not follow the foreign policy of neighbouring countries like Saudi Arabia and the United Arab Emirates, in important part by establishing independent connections to the outside world. Examples are the Al Jazeera media network, Qatar’s mediation of key regional conflicts, and hosting international sporting events. These types of high-visibility initiatives draw attention to Qatar as an independent country and its working relations with many states and entities that might not always see eye to eye. I think Qatar’s approach is to be friends with most everyone and in that way serve as a useful diplomatic intermediary and as a venue for reconciliation of some intractable conflicts.

You mentioned hosting sporting events as a way of creating an identity on the world stage. Was this a big driver in bidding for the World Cup?

The World Cup fits into a wider national strategy of drawing attention to Qatar on the global stage and forging relationships with a diverse network of international partners and potential allies that may prove useful or vital in the event that the country faces important challenges, such as the June 2017 blockade by its neighbours. In this sense Qatar’s approach is to be a sort of “Switzerland of the Gulf”, where people from different political affiliations from all over the world can live together, and in this way change global perceptions of a region – the Middle East – that doesn’t always receive the most positive global press. The potential of the 2022 World Cup to promote a more balanced image of the region was a key selling point of Qatar’s bid.

So, this being the case, has global attention on the issue of workers’ rights affected attitudes and policies in Qatar?

The last 4-5 years have seen a lot of changes on the work sponsorship system in Qatar. A minimum wage has been established, and there is stringent oversight of work sites related to the World Cup in particular. However, there are ongoing struggles with the kafala system, and fixing many of these issues is much bigger than Qatar itself. It involves a large number of stakeholders internationally.

What are the feelings of Qataris towards the strategy for change and the World Cup?

I think Qataris are very proud of the country’s having been selected to host the World Cup. Several opinion surveys show very broad, positive support for different aspects of the event — how it might benefit the country, impact relationships between citizens and non-citizens, and open Qatar further to the outside world. I think that from the perspective ordinary citizens, there is also a perceived good in the rapid development of infrastructure as a consequence of being awarded the bid. Things like the Qatar Rail metro system, new highways, improved drainage – not to mention the entire city of Lusail, which is located 15km north of Doha, which essentially being built around the flagship World Cup stadium – have involved a vast amount of state spending that arguably would not have been allocated otherwise.

How is Qatari culture likely to react to an influx of international football fans and all that might entail?

The resident population of Qatar is already a cross-section of the globe, so I don’t know that the diversity of spectators would be much different than what Qataris are used to already. The challenge will be educating attendees about local norms so as to help avoid situations with fan misbehaviour that could become public opinion flashpoints, particularly given the very high social media use in Qatar and the larger Gulf region. My sense is that the public messaging surrounding the World Cup, and the long lead-up to the event, means that citizens will have been mentally prepared to encounter these types of situations. However, that doesn’t mean that one or two instances of very rowdy behaviour wouldn’t become a cause célébre.

How have preparations for the World Cup affected Qatari society and attitudes?

Public opinion research has demonstrated quite substantial shifts in Qatari attitudes towards expatriate populations, particularly expats from Western countries and other Arab countries. Some citizens may have feared that the country’s demographic imbalance would dilute Qatari culture and traditions and change the direction of development at the state level, but this has not happened. So, over time, wariness is starting to wane. I think society has found a happy medium.

How have gender relations changed recently in Qatar?

Increasingly, despite the very high absolute wealth of citizens and expats in Qatar, there is a desire for a second income that comes with a woman working outside of the home, as there is in many places around the world. Changes in gender attitudes are thus happening not as a direct function of changing cultural norms, but due to changing economic circumstances and prioritisations. Globally, greater wealth most often correlates with greater female participation in a society.

Preparations for the World Cup have been a long road and involved a lot of progress. How do you think Qatar will develop after the World Cup?

The World Cup is such a focal point of the national development strategy in Qatar. I don’t know that Qataris or expats quite have a clear sense of what comes after the games. The games are sometimes thought of as a sort of end in itself. Once the World Cup has concluded, and regardless of the level of success, the question then becomes: What does Qatar want to do now – what is the next big thing in the nation’s trajectory?